In the classic novel The Scarlet Letter, author Nathanial Hawthorne depicts the story of a woman who was forced to wear a scarlet letter ‘A’ on her dress so the townspeople could publicly shame her for adultery. The major theme of The Scarlet Letter is the suffering of individuals from social stigmatizing – a vice that has only increased since the novel’s publication in 1850.

In recent years, the “Ban the Box” movement has sought to eliminate similar stigmatisms about convicted criminals who, after paying their debt to society, find it difficult to secure employment due to prejudice. The goal of this movement is to decrease discrimination against applicants who may have a criminal history. In 2015, President Obama “banned the box” on applications for federal government jobs. Currently, eleven states have mandated the removal of conviction history questions from job applications for private employers. In 2017, California passed multiple statutes that prohibit employers from considering expunged criminal records in hiring decisions.

Davis & Wojcik APLC recently settled an employment case against a major automotive company that withdrew its offer to hire a prospective employee after the corporation unlawfully investigated the employee’s expunged criminal record. The criminal conviction occurred more than ten years prior and was not the type of crime that affected the position.

California’s “Ban the Box” law prohibits most private and public employers from inquiring into or considering a job applicant’s conviction history before a conditional offer of employment has been made. If an employer intends to withdraw a conditional offer based solely on the applicant’s conviction history, it must first conduct an individualized assessment that considers: the nature and gravity of the offense or conduct; the time elapsed since the offense or conduct and completion of the sentence; and the nature of the job in question. 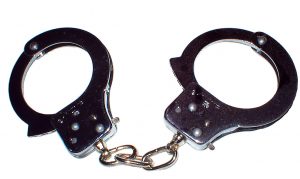 Under Government Code § 12952, an employer must give the applicant notice and an opportunity to provide evidence showing that the conviction history relied upon is inaccurate and/or evidence of rehabilitation or mitigating circumstances that the applicant believes may cause the employer to reconsider the preliminary decision to rescind the conditional employment offer. In addition, Labor Code § 432.7(a) prohibits employer inquiries into or consideration of arrests and detentions that did not result in convictions, convictions that were judicially expunged or ordered sealed, or any criminal history of a person under the process and jurisdiction of the juvenile court.

In order to overcome these legal obligations, an employer must show that the conviction is job related and consistent with business necessity. In other words, it may be legitimate for bank to refuse to hire a convicted bank robber. However, the bank would have difficulty showing that an employee convicted of a DUI could not be a valued bank teller.

Davis & Wojcik APLC encourages anyone with a criminal history to seek an expungement. While modern technology may make it impossible to completely erase criminal history, convicted criminals have not been given a life sentence in the unemployment line. An expunged criminal record provides convicted criminals with additional employment rights. If those rights are violated, Davis & Wojcik APLC has the knowledge and expertise to seek a monetary recovery.