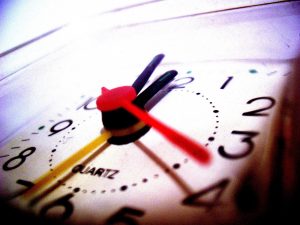 Are there excessive geographic restrictions on the employee’s movements?

As a general rule, employers should have as little influence as possible on an employee’s movements outside of work. If the employer says, “Don’t be more than a half hour away from the office,” the necessity of on call pay is triggered. While the court has not made a determination on the amount of the restriction; the shorter the time, the greater the control.

Is the frequency of calls unduly restrictive?

It is not unusual, nor illegal, for an employer to call an employee about routine issues related to the employment relationship. However, when the calls occur multiple times per day or last for a prolonged period of time, it would be viewed as unduly restrictive.

Is there a fixed time limit for the employee to respond to the call that is unduly restrictive?

If an employer has a policy that all calls must be returned within five minutes, it could be considered unduly restrictive. Once again, the shorter the time, the greater the control.

Can the on-call employee easily trade his/her on-call responsibilities with another employee?

Imagine an employer that operates a 24-hour facility with only one information technology (IT) employee. Any time a computer breaks down, the IT employee must be contacted. Since the task is not easily tradeable with other employers, the IT employee could be considered “on call” during all hours of the day.

Can the employee engage in personal activities during on-call periods? If so, to what extent?

If the restrictions placed on the time of the employee are such that the employee is unable effectively to engage in private pursuits, the time is subject to the control of the employer and constitutes hours worked. (Madera Police Officers Association v. City of Madera (1984) 36 Cal.3d 403).

What is the nature of the employment relationship and the industry practice?

In certain industries (firefighters, security guards, medical professionals, etc.) on call time is part of the nature of the career. In other industries, such as retail, there is not an expectation that work is to be undertaken outside of the store or that employees should be ready at any given moment to return for a big sale. When determining excessive control, Courts will look to the industry standard.

Are there any other limitations on the employee’s ability to use the time for his/her own benefit?