In 1970, after finding early success as a musician, a twenty-five-year-old Neil Young purchased the Broken Arrow Ranch in Northern California. As part of the purchase, Mr. Young inherited two elderly employees, Louis Avila and his wife Clara, who lived on the ranch as caretakers. A fond relationship developed, and Mr. Young eventually wrote the song “Old Man” as a tribute to Mr. Avila. The lyrics of the song compare two men born decades apart by musing, “Old man, look at my life, I’m a lot like you were.”

Forty-eight years later, baby boomers who enjoyed this folk-rock tune are now finding themselves in situations more akin to Mr. Availa than Neil Young and are now the employees of younger owners and managers. Unfortunately, many of these employees are not inspiring soulful ballads. Instead, they are being treated poorly or forced out after years of dedicated employment.

The first thing to understand about age discrimination is that it’s not just for baby boomers. The Age Discrimination in Employment Act (“ADEA”) and California Fair Employment and Housing Act (“FEHA”) protect workers and job applicants over the age of 40. So, the government considers employees who rocked out to Bon Jovi and Madonna just as old as those who rocked out to Elvis and the Beatles. 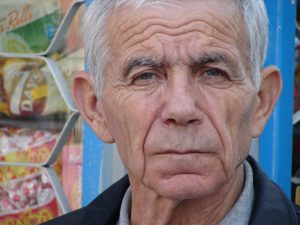 The second thing to understand is how age discrimination occurs. There are a number of ways that employers might use to subtly undermine and undervalue older workers, including:

Courts differ on how much of an age gap between plaintiff and the workers treated more favorably is enough to infer a discriminatory intent. Some courts hold that any gap of less than 10 years is presumptively insignificant, putting the burden on plaintiff to produce evidence that the employer considered the age gap significant. Guz v. Bechtel Nat’l, Inc., supra, 24 Cal.App.4th at 366-367. In other words, if you were terminated for no reason at age 65 and replaced by someone younger than 55, age discrimination can be inferred.

Salary is also a factor. In the case of a reduction in force, the use of salary as the basis for determine who to layoff may be found to constitute age discrimination “if use of that criterion adversely impacts older workers as a group.” Gov. Code. § 12941 (emphasis added). In other words, the law recognizes that salary is reflective of experience and tenure. Therefore, cutting costs by terminating an older employee may very well be age discrimination.

The sad truth is that some employers value cost-cutting over experience. If you believe you are being targeted because of your age, it is important to seek the advice of a qualified employment law attorney.

Daniel Thompson is an employment lawyer with Davis & Wojcik APLC, a Southern California based law firm with offices located in Temecula and Hemet. He is also the author of Land of Liability: A Guide for California Employers. He can be reached at (951) 652-9000.