The Independent Contractor classification may not be dead, but it is seriously wounded. The California Supreme Court recently announced a new test for determining whether a worker is an employee or an independent contractor in the landmark decision of Dynamex Operations West, Inc. v. Superior Court of Los Angeles, No. S222732 (Cal. Sup. Ct. Apr. 30, 2018).

Under the new Dynamex decision, a hiring entity classifying an individual as an independent contractor now bears the burden of establishing that such a classification is proper under the “ABC test.” To do so, the entity must prove each of the following three factors:

(B)  that the worker performs work that is outside the usual course of the hiring entity’s business; and

(C)  that the worker is customarily engaged in an independently established trade, occupation, or business of the same nature as the work performed. 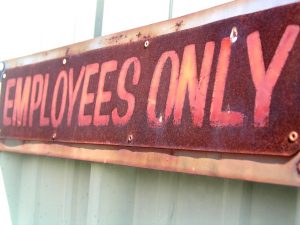 So, what does this mean for my business?

The fact that the burden is now on the employer to prove proper classification is huge. In addition, all three elements must be proved. These three prongs will be examined individually.

“Control” has always been a key factor in determining employment classification. “The existence of the right of control and supervision establishes the existence of an agency relationship.” Malloy v. Fong (1951) 37 Cal.2d 356, 370. There are many factors to consider in this prong of the analysis including supervision, scheduling, control of duties, and whether the employer provides training to the worker. As one Court stated, “Perhaps the strongest evidence of the right to control is whether the hirer can discharge the worker without cause, because ‘[t]he power of the principal to terminate the services of the agent gives him the means of controlling the agent’s activities.’ ” Ayala v. Antelope Valley Newspapers, Inc. (2014) 59 Cal.4th 522, 532.

Under the second prong, employers are urged to adopt an outside perspective. The question to ask is, “Would the services be viewed by others as falling within the hiring entity’s business rather than a worker’s own independent business render that worker an employee and not a contractor?” For example, a retail store would not normally retain a plumber or electrician to perform maintenance work at the facility.

The label put on the relationship by hiring business is not controlling and inquiry instead focuses on whether “the work done, in essence, follows the usual path of an employee.” Employers must also understand the operations of a competing business. If competing businesses hire employees to perform comparable duties, then a court would less likely to view your worker’s independent contractor status as legitimate.

Under the third prong, businesses are required to prove that the worker is customarily engaged in an independently established trade, occupation, or business of the same nature as the work they are performing for the hiring entity. This will be the most difficult prong for employers to overcome. A business cannot unilaterally determine a worker’s status simply by labeling the worker as an “independent contractor.” Likewise, the employer cannot require the worker to enter into a contract that designates the worker an independent contractor as a condition of hiring. The Supreme Court held that term “independent contractor,” refers to an individual who independently has made the decision to go into business for himself or herself. Such an individual generally takes the usual steps to establish and promote his or her independent business through incorporation, licensure, advertisements, routine offerings to provide the services of the independent business to the public or to a number of potential customers, and the like.

Employers and encouraged to immediately review any workers who may be designated as independent contractors. If these three tests are not met, there is a very good chance that there is a misclassification, which brings far liability than any tax obligations that are being avoided. If you are an employee who has been misclassified, you should contact a qualified employment law attorney.